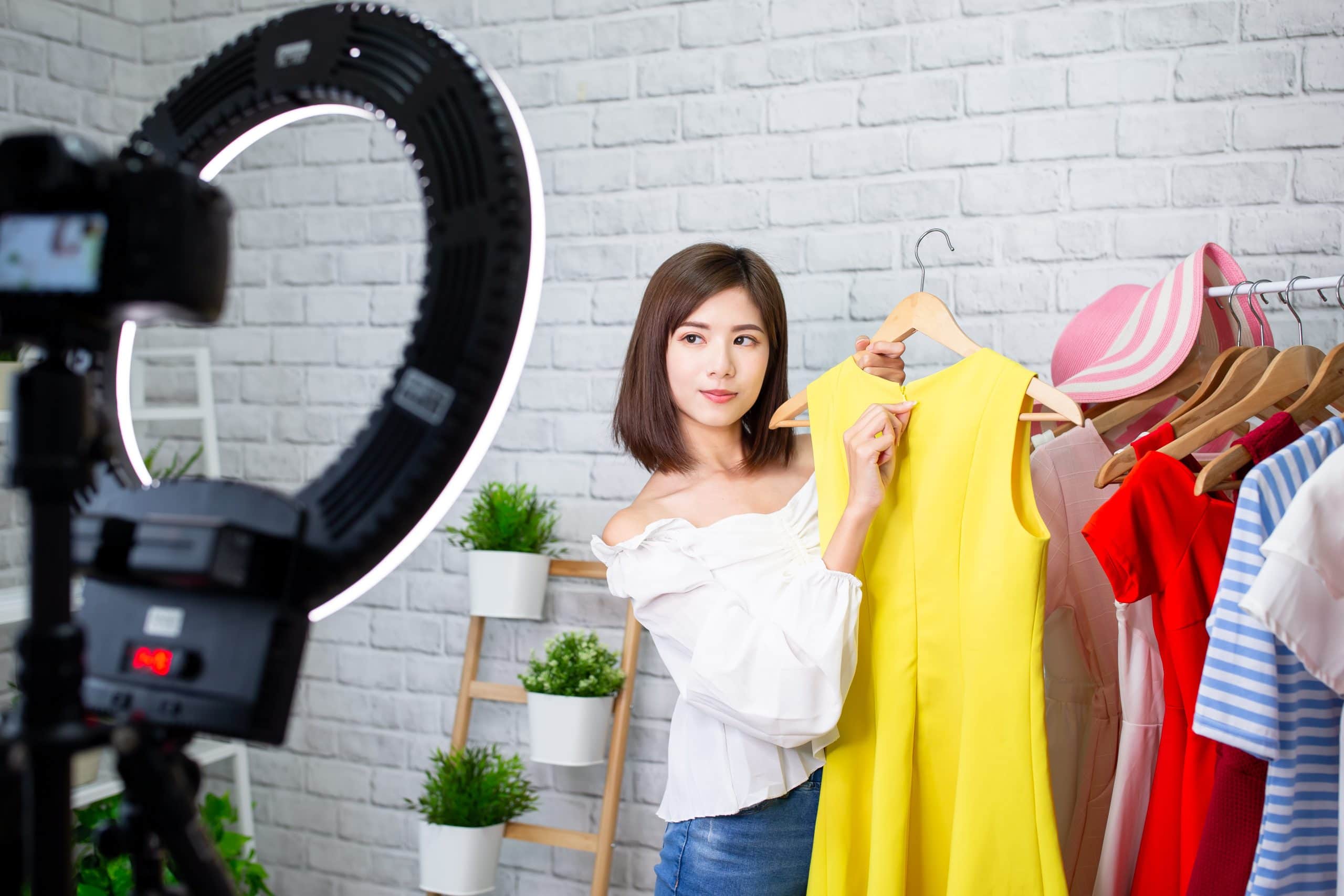 But that’s just what happened on November 11, 2021, when Chinese mega-fluencer Austin Li drove $1.8 billion dollars of sales in about 12 hours in a live-stream shopping event hosted by e-commerce retail giant Alibaba.

And while Austin’s accomplishment was phenomenal, he’s not alone. Live-stream shopping has become a huge part of e-commerce in Asia. Statista estimates that the size of the market for live-stream shopping in China alone was almost $200 billion dollars in 2020 and they project that it will exceed $700 billion by 2023.

Ok, sounds cool, but what exactly is it? I mean, people have been live streaming since the days of Periscope (RIP to a real one). Why is this special?

Live-stream shopping is a combination of entertainment, fan interaction and retail. While technically, anyone can host one, the top-performing streams have high production values, are hosted by influencers with massive followings, and run on major e-retailer or social media sites.

And, perhaps most importantly, the technology matters as much as the show.

Part of Alibaba’s success is not just in the quality of their live stream but in their ability to create a fast and seamless transition between observing a product on one of their shows and then purchasing that same product in a matter of seconds, without ever having to navigate away from the show itself.

The key to the success of live shopping is that it accelerates conversion rates by telescoping the customer’s purchase journey. The shows create a sense of fun and excitement around the buying process and makes the consumer feel that by making a purchase they are participating in the good time. The live interaction with the host also creates the kind of engagement that can push up conversion rates.

It’s a marketing channel that’s perfectly suited to the “always online generation”, creating major shopping events in spaces where they already spend time and led by influencers who they already follow.

Live Shopping hasn’t fully taken hold in America yet but experts do expect to see substantial growth over the coming years. Research firm Coresight Research estimates that the size of the US live streaming market was $11 billion in 2021 and they project it to grow to $25 billion by 2023.

In an interview with Yahoo, Why C Media Group’s Niki Chen says that North American brands will need to solve some technical issues before they can generate the kinds of sales that we’re seeing in China. “The potential growth of the market is huge, but the real challenge for the ecosystem is lacking a complete supply chain that links payment, delivery, marketing, and content creation.”

But even if the technology isn’t fully there, the audience definitely is. Data released by Facebook shows that 55% of Gen Zers and 62% of Millenials say they would buy off of a live stream, and as new apps and technologies make selling easier, you should expect those numbers to grow.

Amazon has added a live-stream shopping function to its website, and both Google and Facebook are currently making investments into technologies that will give them a foothold in the business. Major brands, such as Zappos and Forever 21 have launched their own live streams and TikTok has partnered with Shopify to build out their own shopping streams.

“Right now, live streaming is so focused on apparel, but I think beauty and health are going to get a lot bigger,” Elissa Quinby, senior director of retail marketing at Quantum Metric, told Yahoo. “You’re going to see things like trainers interacting with clients: Picture doing squats and having someone critique your form. Having a professional watching on the other side will become the norm in online selling.”

So that’s all interesting, but what does it actually mean for your brand? First of all, you don’t need to wait for an amazing piece of breakthrough technology to experiment with live stream shopping.

You could run your own stream today as long as you have a phone and an internet connection, however, you might be better off working with one of your influencer affiliates, especially if they already have high credibility with the audience you’re targeting.

It also helps if you can somehow turn your live streams into events, built around the release of a new product or a major shopping holiday. Department stores like Nordstroms have used live stream shopping events to debut new styles and Austin Li’s billion-dollar day was built around ‘Singles Day’, a popular but unofficial holiday in China.

And if you’re still skeptical, we understand, but keep in mind that change happens fast in affiliate marketing and ideas that seem outlandish when we first hear them can quickly become a part of the mainstream. Over ten years ago, no one was talking about influencer marketing, and today it’s a multi-billion dollar industry.

So while we may be in the early days of this new marketing channel, the future will be here sooner than you know. Is your brand ready?