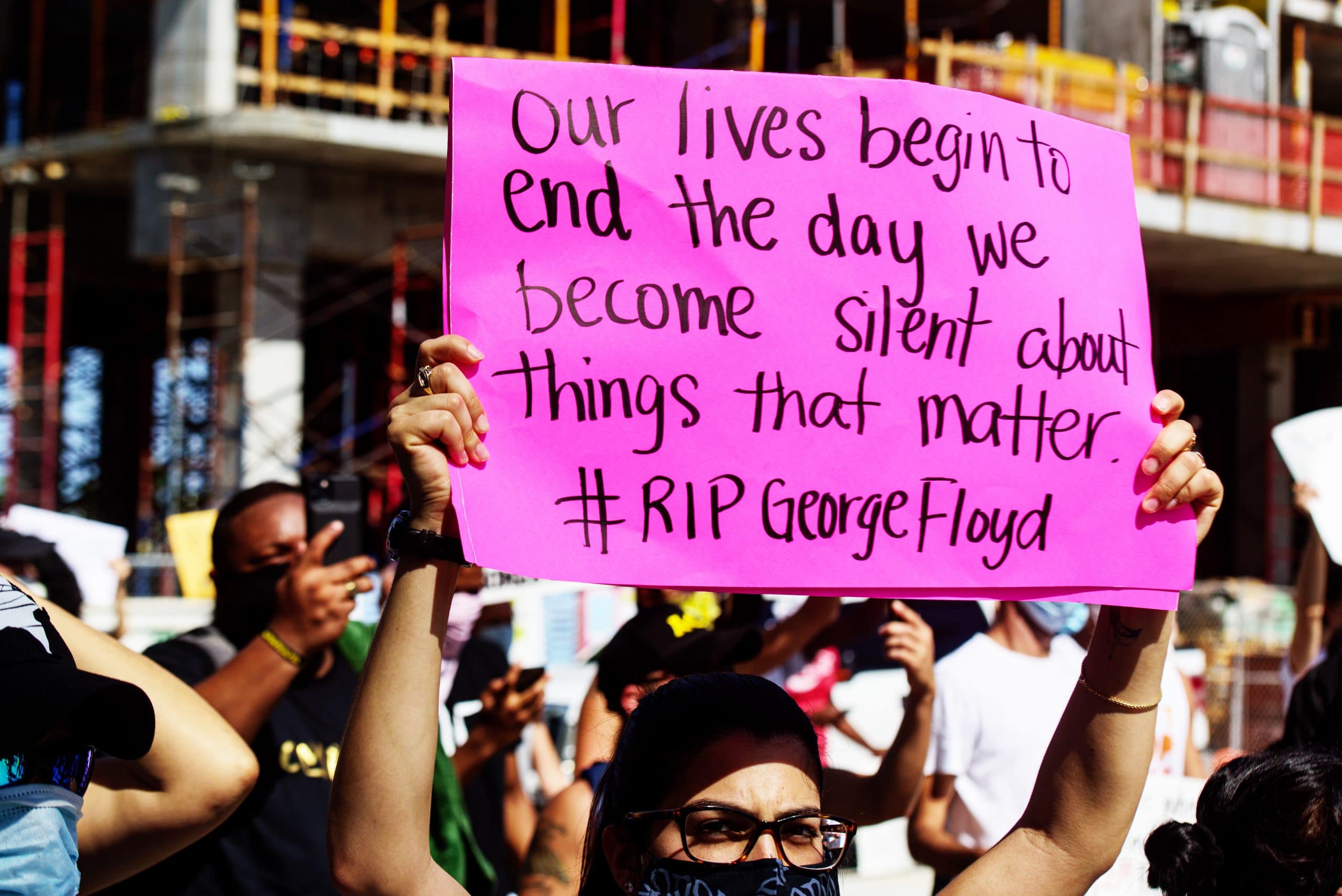 Standing Up For What’s Right and Being the Change

At Advertise Purple, we stand with the massive number of passionate protesters in all 50 states and 20+ countries worldwide actively speaking up to make certain George Floyd’s senseless and brutal death at the hands of the police leads to clear and direct change.

I think it’s important to break the fourth wall a bit here and say I’m our lead content strategist (fancy word for writer) and a black American man.

#BlackLivesMatter shouldn’t be a controversial topic. But it is, mainly due to many Americans simply not wanting to confront and process the history of violence, oppression, and persecution towards our fellow black citizens in this country, since its founding.

I believe, over the decades since the civil rights movement, we’ve put a bandaid on something that needed a lot more attention, and I think finally after George Floyd’s excruciating death, people may be waking up to that reality and understanding a bit better what’s going on.

Regardless of where you stand politically, at this point, it’s clear we have a major problem in our country that needs to be solved. It’s amazing to see the diverse coalition of Americans marching as allies during this time. Or, even if not marching, at the very least, listening.

And we all have a role to play. Not all of us can protest (especially with the continued risk of contracting COVID-19). Not all of us are going to agree with one another. Not all of us have the same level of resources. But I think we all can attempt to have a bit more empathy for each other.

Because when it comes to making large scale changes to something so ingrained as systemic racism, it takes action – not just words – from all of us to get there. There are battles on many fronts, and like with COVID-19 relief, we’re trying our best to do our part.

Our President Kyle Mitnick spoke on our responsibility as an organization saying, “It is our duty to stand up for what is right, and it’s a nice start to see the entire Los Angeles community beginning to join in. Diversity and inclusion have given so much to our company, and personally to my own life, that doing our part to deconstruct racism and rebuild a more inclusive social order is no longer a utopian concept, but instead becoming a reality.”

Of course, there’s no quick fix to systemic racism, and in many ways, it can feel like there’s so much work that needs to be done that it is difficult deciding where to even begin. I think what we’ve learned in the past week is that every voice and set of hands can help.

Together, we are much stronger than we are alone. We need to educate ourselves and one another, love one another, and most importantly take the time to reflect on where we can do better personally.

That said, we spent all of last week working to make sure we were not just reflecting and hoping things would get better; rather, we worked on being the change.

Employees who wanted to protest were allowed to do so freely, even if it was during office hours. Santa Monica, California, where our office is located, has been one of the epicenters of peaceful protest and many of our staff went there to demonstrate.

Many of us have taken to social media, to share resources, amplify messages, and tell our stories.

We’ve all reached out to one another and found ways to better understand one another.

One of our account managers Mandy Pitera, who was born and raised in St. Paul (near Minneapolis), organized donations to the front lines in her hometown where some could say the wound was most raw and the situation certainly was most chaotic.

According to Mandy, “we donated money and supplies to local Minneapolis organizations who are helping provide food, sanitary products, and medical necessities to the neighborhoods in Minneapolis who have been hit the hardest.”

That said, here are some more ways you can help.

I truly believe, together, through sometimes difficult dialogue, willingness to change, empathy, inclusion, and action we can achieve true equality in our world.