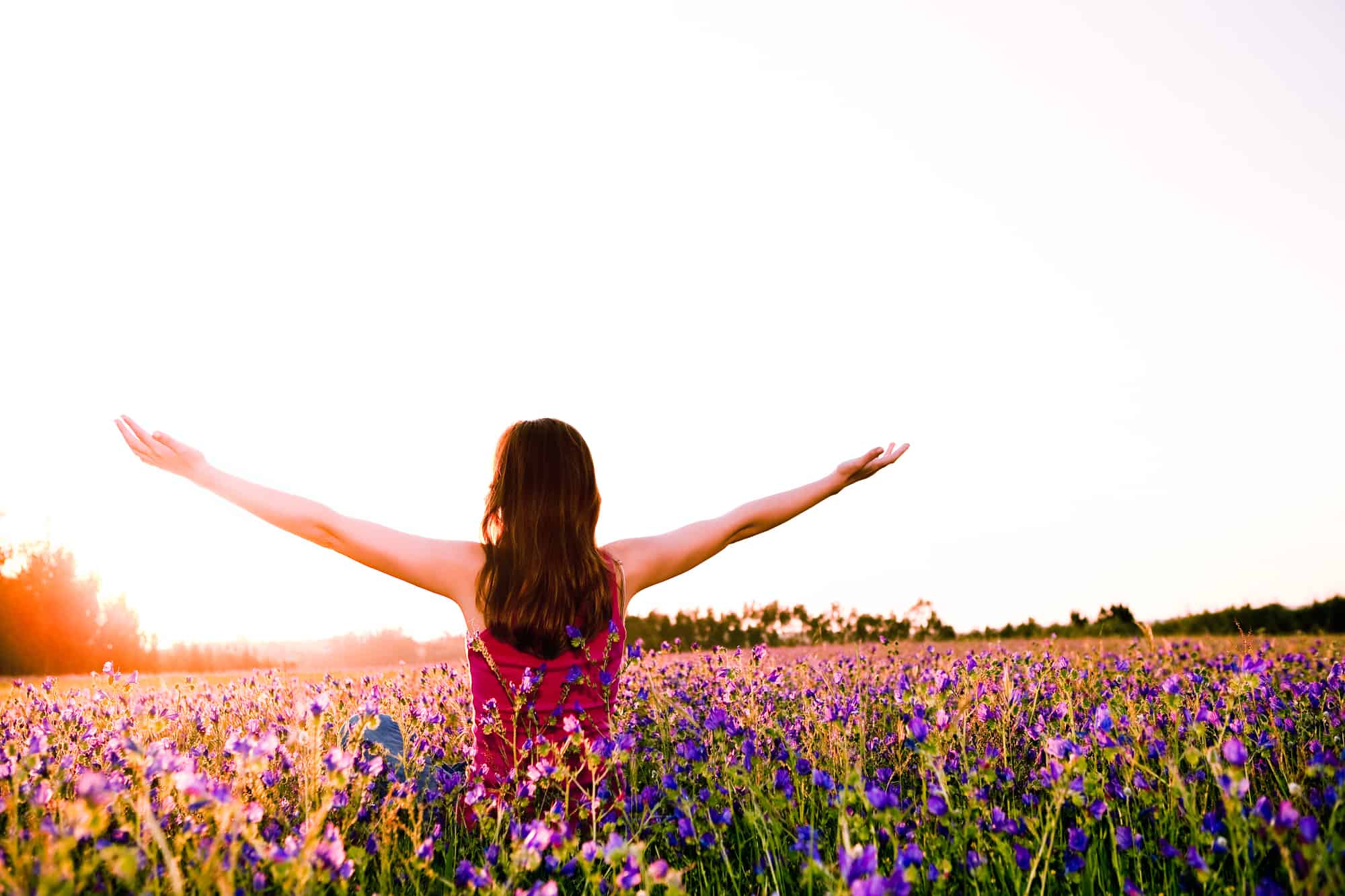 I know it might feel like we already went through this for the holidays, but I’m here to report that capitalism never sleeps.

Black Friday feels like it was just yesterday, but regardless of how your site performed in the winter, you’re going to want to regroup and get poised for a big spring and summer as it’s creeping up on us.

Springing into warmer weather and longer days, it’s important to make sure your shopping website is optimized to handle increased traffic.

Website or app failure is one of the most avoidable issues a company can address heading into a period of high demand and traffic. Over 81% of enterprises have reported downtime costs in excess of $300,000 per hour. And 65% of U.S. organizations needed more than an hour to fix said website issues.

That’s lost revenue that can easily be alleviated if your development team is on top of things.

With the spread of the coronavirus, there’s a little bit of economic uncertainty heading into this Summer. At least according to a white paper put together by Avantax Wealth Management.

“The reduction in global output from the coronavirus will affect the U.S. economy, and all of this will inevitably knock something off American GDP. Investors signaled as much with Monday’s and Tuesday’s rush out of equities and into U.S. Treasuries, with the yield on the 10-year note falling to a near-record low of 1.32 percent.

So, what are the positives? The U.S. economy has a sturdy foundation in low unemployment, strong wage growth and robust consumer spending. Stocks were on the expensive side given some weaker corporate earnings, so a modest market correction doesn’t portend an economic recession. This selloff could be the catalyst for the Federal Reserve to cut short-term interest rates, which would benefit scores of borrowers. The market is pricing in a 90 percent probability of a rate cut within the next two Fed meetings.”

For those of you who don’t necessarily gravitate to financial jargon, there is not much to fear regarding the 50 or so coronavirus cases in the U.S. and subsequent market effects. There still have been zero fatalities in the U.S. and things seem to be under control.

Anyway, hopefully you’ll be able to avoid worst case scenarios like a site crash or global pandemic and you’ll instead be able to focus on these, the top 6 U.S. e-commerce traffic-driving events to keep an eye on in 2020: 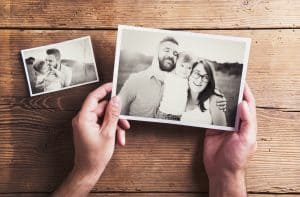 Regardless of the shape or size of one’s family, it’s typical that most Americans have or know a father or mother figure in their lives. In 2018, Americans spend an estimated $23.1 billion on mom and $15.3 billion on dad according to the National Retail Federation.

If you need to ask why mom is a higher number, you must not be familiar with mothers – er, my mother at least.

Industries that really benefit from these days? Flowers and chocolates, yes. But as far as data, online sales of parental holiday gifts shoot up 1200% and conversion rates more than double at this time. 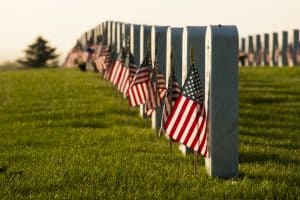 This one might not seem like a holiday worth targeting for your brand, but you’d be surprised at some of the following statistics if you don’t think Memorial Day has a niche.

Memorial Day is huge for appliances sales in the U.S., whose e-commerce sales in 2017 surged 44% year-over-year to roughly $3.78 billion.

In a similar vein, Memorial Day is huge for mattress sales, whose online business in 2017 grew more than 60% compared to the previous year, for a total of $1.767 billion in sales online.

Also, sneakers see a big push in the spring and summer, forming part of the $14 billion in U.S. online shoe sales in 2018. Speaking of which, I could use some new shoes. If anyone is interested in gifting me some, I’m a size 12. (Hey, it’s worth a try!)

*Cue Will Smith and aliens*. July 4th is a huge day for patriotic folks all over this great country, but there’s more to it than BBQ and fireworks. 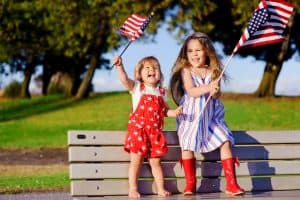 It might not be big news to those of you who couldn’t care less about athletics, but primetime for sports is on its way. With NBA and NHL playoffs, March Madness (which really goes into April), MLB throughout the summer, and NFL preseason kicking off in August, you can’t ignore it. 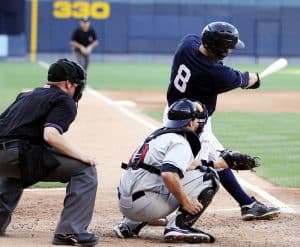 In the nine hours following the Philadelphia Eagles Super Bowl LII victory, online NFL merchandise manager Fanatics saw a 60% increase in sales compared to the previous year, which goes to show the power of the pigskin.

Of course the Super Bowl already happened, but similar opportunities exist for the other sports.

For those of you who like having a lot of money in your bank account but also have friends in their 20s and 30s who are in love, I’m sorry, but you are out of luck. 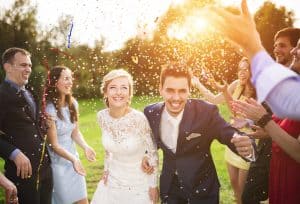 You’ll be spending on flights, accommodations, and other wedding-linked expenses this summer, most likely. 31% of weddings take place in June, July, or August.

$72 billion is spent on U.S. weddings, with more and more couples taking wedding planning online, specifically with things like a digital registry and other easily trackable online sales opportunities for merchants of all kinds.

According to online retailer eBay, wedding-themed internet searches increase by 33% during June compared to prior months.

I think pretty much all parents look forward to back-to-school, even if that means they’ll be budgeting a bit more than usual on their kids. After all, the other option is for summer to go on forever and having to plan for bored kids every day of the week. 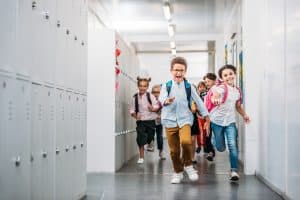 And we saw that this is (probably) true. In 2018, online sales for back to school and college totaled $58.1 billion according to Adobe Digital Insights.

While desktop led the way in sales, an impressive 25% of orders came from smartphones and 9% from tablets. This movement towards mobile purchasing is great for most merchants, but if you don’t have a website properly optimized for mobile, you need to get on it! These numbers are only likely to increase.

More than 55% of back-to-school consumers turned to online retailers for their shopping in 2018.

Best of luck out there!