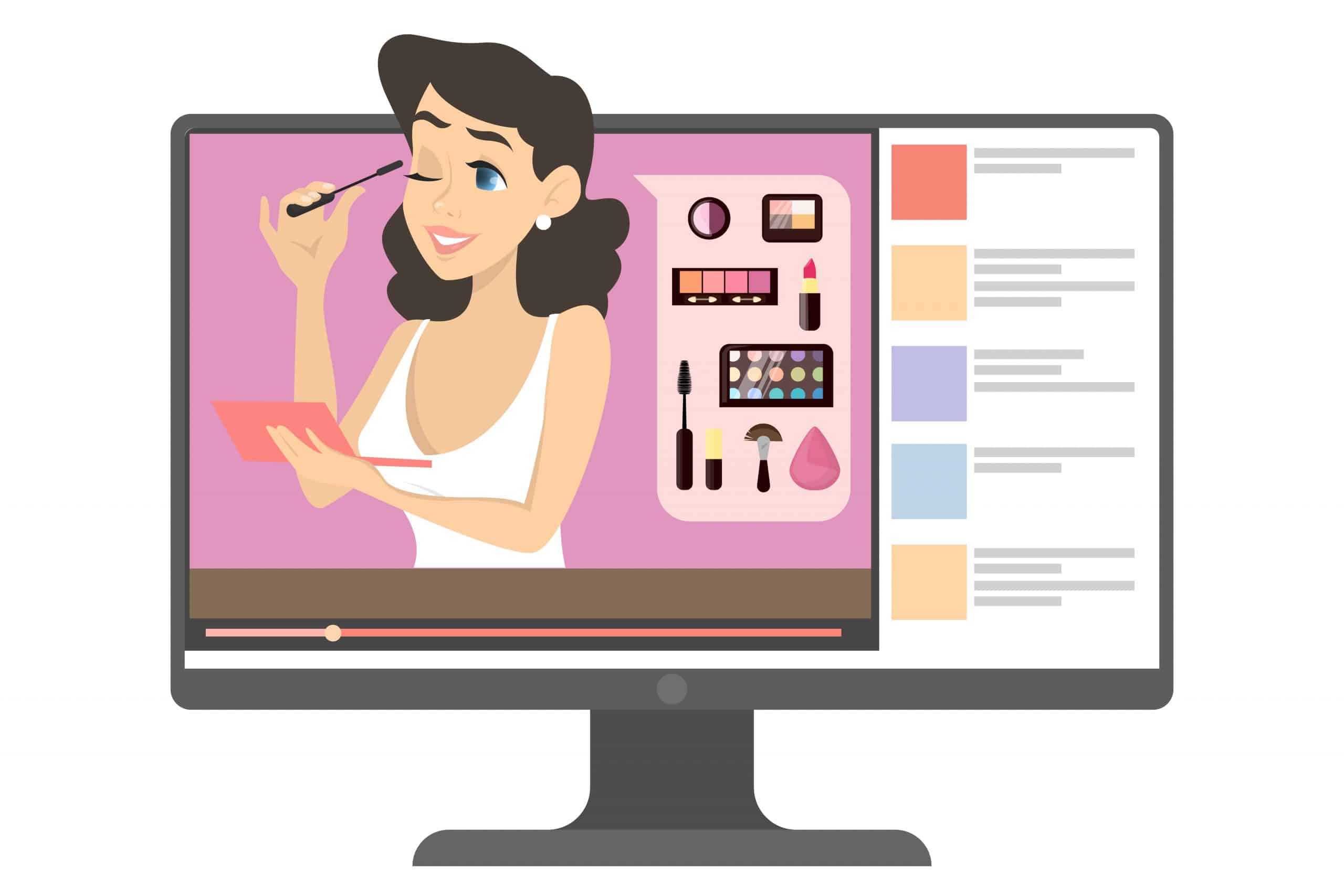 When you think of “influencer marketing”, what’s the first thing that comes to mind?

If you’re like most people, you’re probably going to immediately jump to vloggers, Instagram models, streaming gamers, and maybe even viral comedians. If you’re based here in Los Angeles or have spent time here, I’m sure you have come across the  “influencer” type. Or maybe you’ve seen some of your favorite online celebrities making sponsored content.

But, let’s keep it real. This idea of tapping celebrities (or quasi-celebrities) with a specific following to promote a product is nothing new. NBA star Michael Jordan’s ad campaign with Hanes – which has lasted 30 years – has been wildly successful due to the fact that he was (and perhaps still is) the greatest basketball player of all time. 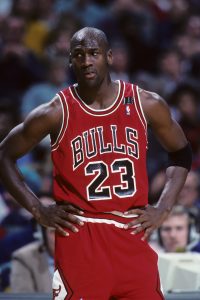 That’s influence. The very same thing YouTubers, social media celebrities, and models seek to provide, in their partnerships with brands.

Arguing what it is about seeing someone like Michael Jordan endorse a specific brand of underwear that makes us want to buy it is a separate more philosophical question. But an argument I can certainly make with less words is that millions and millions of people have heard of and recognize Michael Jordan.

They may choose Hanes when deciding underwear brands to choose from subconsciously because Jordan gave them the stamp of approval. That’s influencer marketing, in the most rudimentary sense.

This understanding that authentic celebrity endorsements can succeed is the key to how one should approach the influencer space in 2020. Conversations around influencer marketing have dropped markedly in the last year, according to a new report by social media analysis firm Talkwalker and software company Hubspot.

The report, which set out to analyze and define the coming year’s marketing trends, found that social mentions around influencer marketing are on the decline, dropping 42 percent across social media channels this year from the same period a year before.

So, where did we go wrong? I think generously monetizing social media influence, providing hefty checks for disingenuous posts that don’t even really resonate, without much data on the back-end to make sure the posts are converting was the biggest mistake. 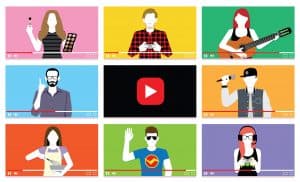 This isn’t meant as an attack on the influencer method. And we do work closely with influencers of many different types. We have relationships with the best influencers, and in many cases it works to tap them. It’s merely through our expertise that we aren’t overly surprised the marketing method is trending downward.

According to the Executive Director of Accounts at Advertise Purple Devon Norris, while many brands want influencers to market their products, she makes sure to give them ample warning about potential disappointment.

“I think there can be a lot of benefits to influencer marketing. For example, it’s great for improving brand awareness, introducing your brand to new customers, getting the word out about your brand, etc. However, when it comes to driving conversions and revenue, influencer marketing does a very poor job at this.”

While it’s one of the more “sexy” digital marketing methods and one that people sometimes have heard of but don’t know the ins and outs of, this issue comes up quite a bit.

Insincerity in the space 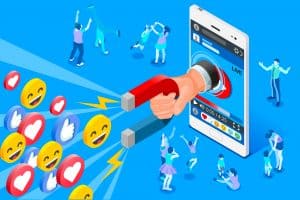 While it’s not easy to statistically track authenticity as a metric, I think if you were able to, you’d find that a lot of the top influencers out there are not 100% genuine with the products they choose to endorse.

Especially with the over-saturation of the space and competition from other influencers, it’s difficult to turn down big money when it’s offered. However, people can normally see through that lack of sincerity and if anything, it’s a turn off leading not only to no conversion; but also to a negative perception of one’s brand.

Fraud isn’t a word to throw around lightly, but there’s a lot of it in the space

From fake #sponsoredcontent to click farms, fake followers, and inflated engagement statistics, it can sometimes be hard to figure out what we’re really getting out of these partnerships with some of the top influencers in today’s market.

Going back to the Michael Jordan argument… you never had to verify that Michael Jordan is famous or popular. That’s inherent knowledge. The same can’t necessarily be said by someone who can portray an engaging and active account without providing results you’d typically see from an account with said metrics.

Controversy surrounding a lot of the top social influencers 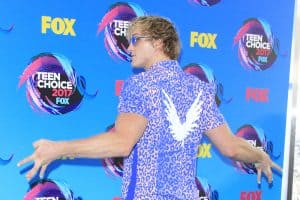 Seventeen Magazine last week wrote an entire article documenting the 15 most horrifying Youtube scandals. I’d highly recommend checking it out. Scintillating stuff. But of course, all of this drama and controversy is worth avoiding if you can.

Micro and nano influencers are the real winners

The way to succeed in influencer marketing nowadays, is actually through working with micro and nano influencers. What are those? The answer is people who are great for brand awareness, because while they might not have the same follower count as a bigger brand, they actually have engaged and active followers who might convert.

It’s much easier to track their conversion rates and people are more willing to listen to them than someone like the aforementioned Logan or Jake Paul types.

The best way to work with influencers

Of course, we provide our expert opinion whenever possible and provide full transparency when giving those opinions. Devon mentioned that sometimes a client is insistent on developing an influencer program. Here’s her take on the best way to do that.

“When we do work with influencers, we typically see the most success with smaller, more authentic individuals.” Remember those micro influencers! “The influencer marketing space is so oversaturated and a lot of it is so unauthentic that consumers don’t trust the products they post about. However, influencers that organically work a product into their posts and have extremely engaged followers tend to have more success.”

She even recognizes that it varies platform to platform. 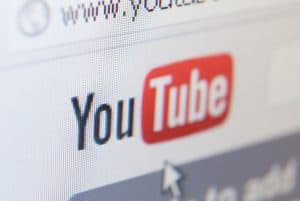 Devon continued, “Out of all the social media platforms, we’ve seen the most success with Youtube. I think this is because viewers feel a real connection with Youtube personalities and feel as if they are speaking to them. They also show how they use the product, the benefits of the product, show the product in action, etc. which really helps sell your brand. It also helps that they link the product right below the video so it’s super easy to purchase.”

Influencer marketing has been around since the stone ages, and will likely stay around. It’s important for brands and influencers alike to do their due diligence and try to be as transparent and honest as possible. While the platforms that influencers use will change in time, the same principles will exist.

If something feels forced, don’t do it. If something feels genuine, you’re probably on the right track. And be wary of pretenders, fraud, and controversy that could have a hugely negative impact on your brand perception.

Best of luck out there!